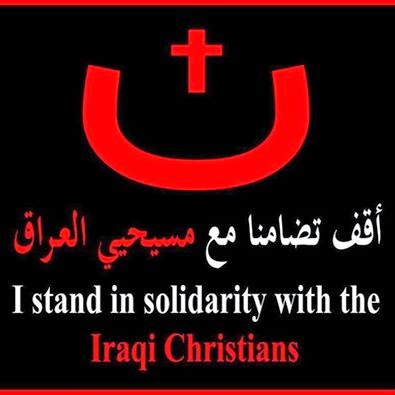 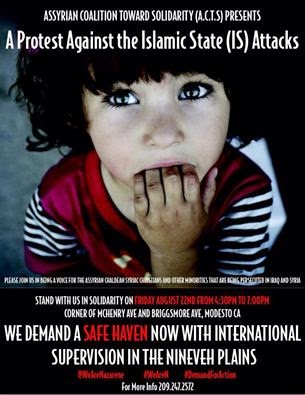 Vanessa Kachadurian on “We Are N” #WeAreN  NORTHERN CALIFORNIA PROTEST Friday, August 22nd
Congressional House Resolution #110 to protect and give safe haven to Iraq’s religious minorities http://action.americanmesopotamian.org/15990/hcon-res-110/?src=widget
My ethnic background is Armenian American; I am very proud of my ancient heritage and remain active in several Armenian charity groups.  Armenia was the first group of people to declare their Armenian Kingdom or nation Christians in 301AD.  However, there are other Ethnic groups who were Christians longer but are nation less.  Coptic Egyptians (The word Coptic=means Egyptian in Arabic) and the Assyrians (or sometimes called Chaldean or Syriacs) where declared among the first Christians but no longer have a nation.  The Coptics are the indigenous people of Egypt, the Assyrians are the indigenous people of Iraq and the Armenians are the indigenous people of the SE Highlands of Turkey (est. 1923) Indians of North America are the indigenous people of the United States of America.
The Assyrians language is the language of which Jesus Christ spoke; it was the prominent language of the entire Canaan Empire.  Assyrian people have known their tragedies and genocides, the worst being under the Ottoman Turkic Empire that slaughtered over 800,000 Assyrians from 1890 to 1925.  Their people still inhabit the Nineveh Plains of Iraq, as do the infiltrated Yazidi and other Arabic tribes.  Many more Assyrians have scattered to other countries: Iran, Russia, Sweden, Australia, Great Britain and United States.  In the United States, they are centered around Modesto/Turlock, CA, Chicago, IL areas where they have vibrant communities and beautiful churches.
Having lived in Modesto, CA for 10 years I became acquainted with many Assyrian people and learned that many had intermarried through the years with Armenians because of the culture being similar and centuries of being neighbors.  The other reason is marrying another Christian is strongly encouraged in the Assyrian culture.  Over the years, many countries grabbed away at the oil of Iraq, and forgot about the people.  One of the biggest offenders of Assyrian culture besides the Ottoman Turks was the British which formed BP Oil and largely backstabbed the people of the country for oil.  Many of the Assyrian historical antiquities ended up in British museums.
Then came America’s turn to topple their American puppet Saddam Hussein, and “liberate the people of Iraq”.  Saddam Hussein’s right hand man was Tariq Aziz a Chaldean Assyrian, many times Hussein himself referred to the Assyrians as the true Mesopotamians and called himself their brother.  Never did Christians have rights taken away, or abused by the Hussein administration as they are by the American liberation which left the country dismantled of a military but propped up the power of the oil rich area of Irbil or Erbil.  The Kurds shortly migrated heavily into this far north region and today it’s being touted as an oil exporting “autonomous region of Kurdistan Regional Government” (KRG) under the Barzani Clan.
Today, ISIS or the Islamic State has broken out over the entire region for more money grabbing and Control.  There are over 11 different groups: Al Nursa, ISIL, Islamic Front, and more….with more than 95% not even being from the area of Iraq or Syria.  They are recruited from Tunisia, Dagestan (Chechynas), Jordan, Saudi Arabia, Libya, Azerbaijan, Turkey, Uyghur (Xiajiang area of China) and even Europe and America.  They are paid mercenaries by mostly the Qatar, Saudi Arabian Emirs, usually its $100.00 per day and all that you can loot from businesses, homes, mosques and churches.  It’s not so much about religion as it is about power and control of the resources = OIL.  The USA NATO /CIA Gladio B also play a part in this destruction mainly to isolate the energy sources of Russia and China.  The oil brokers and MIC (Military Industrial Complex) of the USA are powerful lobbyists and control the foreign politics.  This tactic didn’t work in Syria because they are not a divided people they are strongly united as Syrian Patriots first and respected individually for their religion secondly.
Today, the Assyrians and other religious minorities are being driven out of their ancestral lands,  along with the Yezidis and Armenians they were given the ultimatum to 1) Convert to Islam  2) Beheaded and die an infidel 3) leave.  The majority chose to leave and are migrating for their northern area which is now heavily populated with Kurds and American military and oil personnel.  Not many are armed as the Kurds Peshmergas are, they are not readily supplied guns to protect their homes, churches, families or villages as the Kurds are.   Members of ISIS have painted the Arabic letter Non (N) for Nazarene on their homes, churches, businesses.  ISIS now says it is their property and all the belongings, their daughters belong to the Islamic state of ISIS.  Even other Muslims are being slaughtered; the Sh’ia, Alevis and Alawites are under worse conditions than the infidels.  It isn’t so much about religion as it is about demonizing another group to dismantle it – divide and conquer. The winning group controls the power and oil.
What can you do? You can stay informed and educated on the facts, policies and resolutions.
You can also sign House Congressional Resolution #110 which will give more protective rights and a SAFE HAVEN for the religious minorities of Iraq.  To date HR #110 has over 60 members of Congress that support it, barely started 3 weeks ago and congress is on recess.  The Petition is here http://action.americanmesopotamian.org/15990/hcon-res-110/?src=widget
You can also call the White House at 1-202-456-1111 and ask the President to support a safe haven for religious minorities of Iraq (they have a staff that takes the messages)
Or if you reside in Northern California, please join us this Friday August 22nd in Modesto, CA for a protest 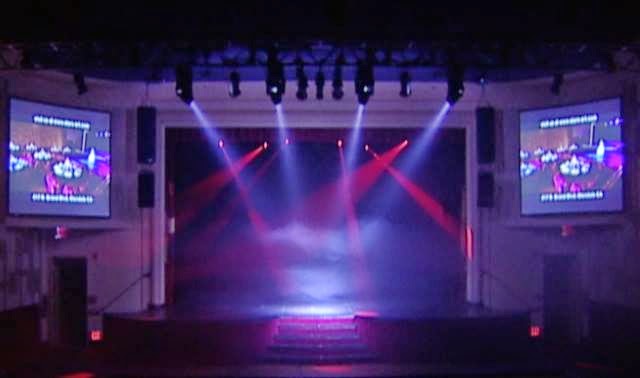